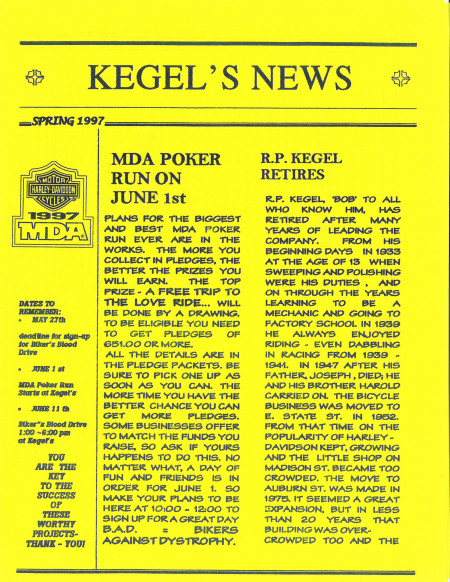 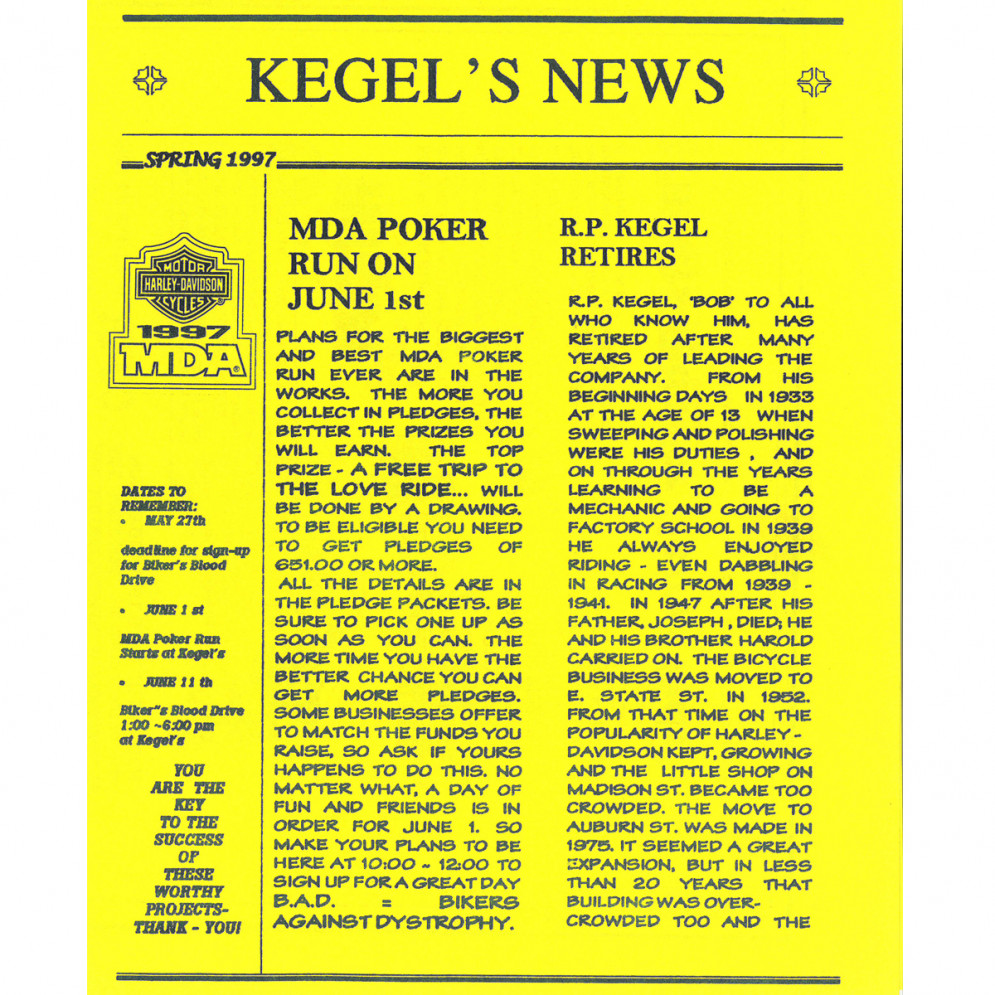 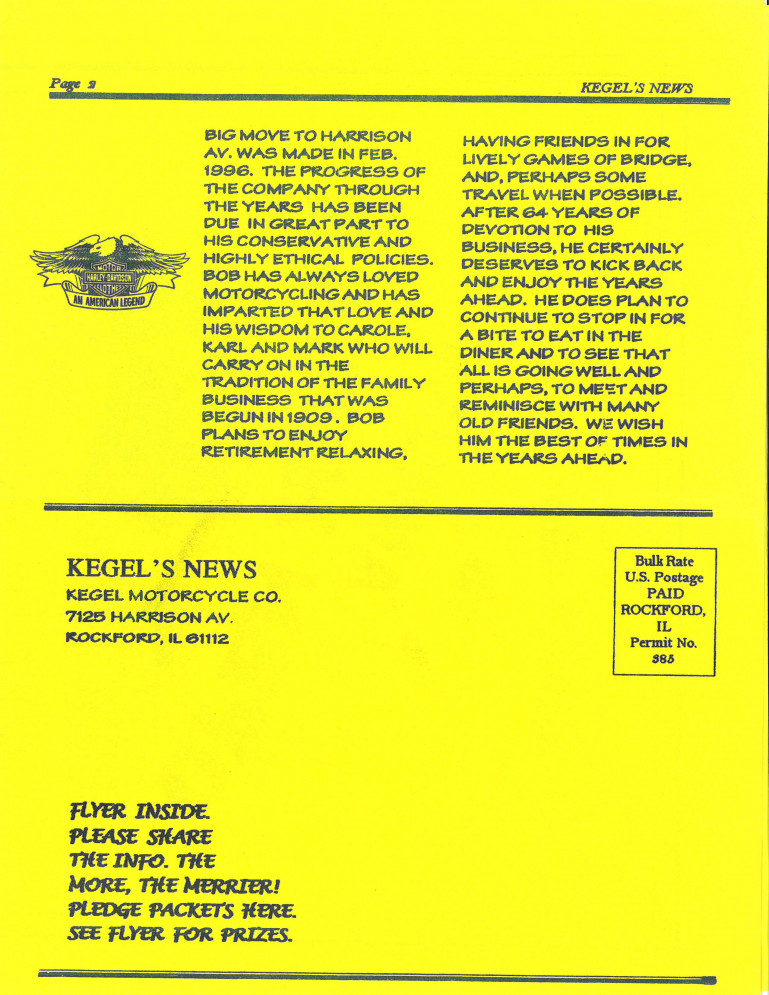 R.P. KEGEL RETIRESR.P Kegel, "Bob" to all who know him, has retired after many years of leading the company. From his beginning days in 1933 at the age of 13 when sweeping and polishing were his duties, and on through the years learning to be a mechanic and going to factory school in 1939 he always enjoyed riding - even dabbling in racing from 1939 - 1941. In 1947 after his father, Joseph, died; he and his brother Harold carried on. The bicycle business was moved to E. State St. in 1952. From that time on the popularity of Harley-Davidson kept, growing and the little shop on Madison St. became too crowded. The move to Auburn St. was made in 1975. It seemed a great expansion, but in less than 20 years that building was overcrowded too and the big move to Harrison Av. was made in Feb. 1996. The progress of the company through the years has been due in part to his conservative and highly ethical policies. Bob has always loved motorcycling and has imparted that love and his wisdom to Carole, Karl and Mark who will carry on in the tradition of the family business that was begun in 1909. Bob plans to enjoy retirement relaxing, having friends in for lively games of Bridge, and, perhaps some travel when possible. After 64 years of devotion to his business, he certainly deserves to kick back and enjoy the years ahead. He does plan to continue to stop in for a bite to eat in the diner and to see that all is going well and perhaps, to meet and reminisce with many old friends. We wish him the best of times in the years ahead.#kegel365 #harleydavidson #kegelhd #worldsoldest #365daysofkegelhd