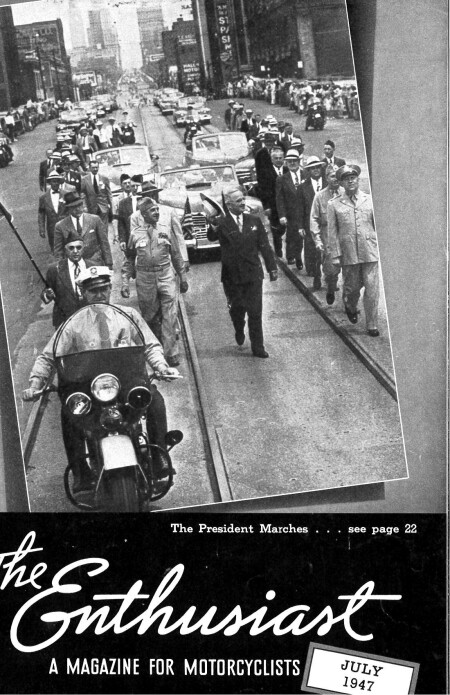 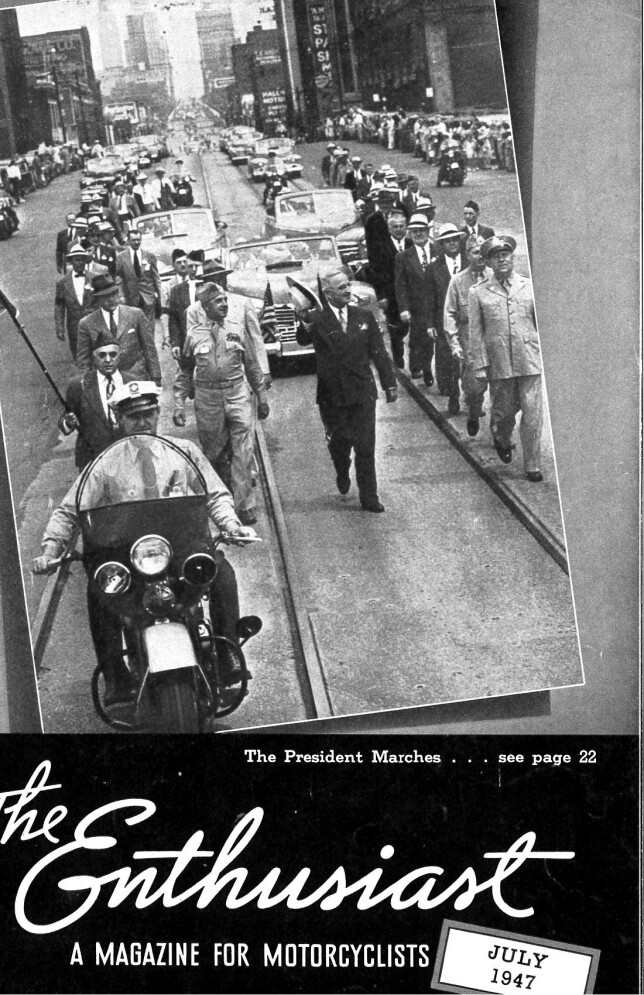 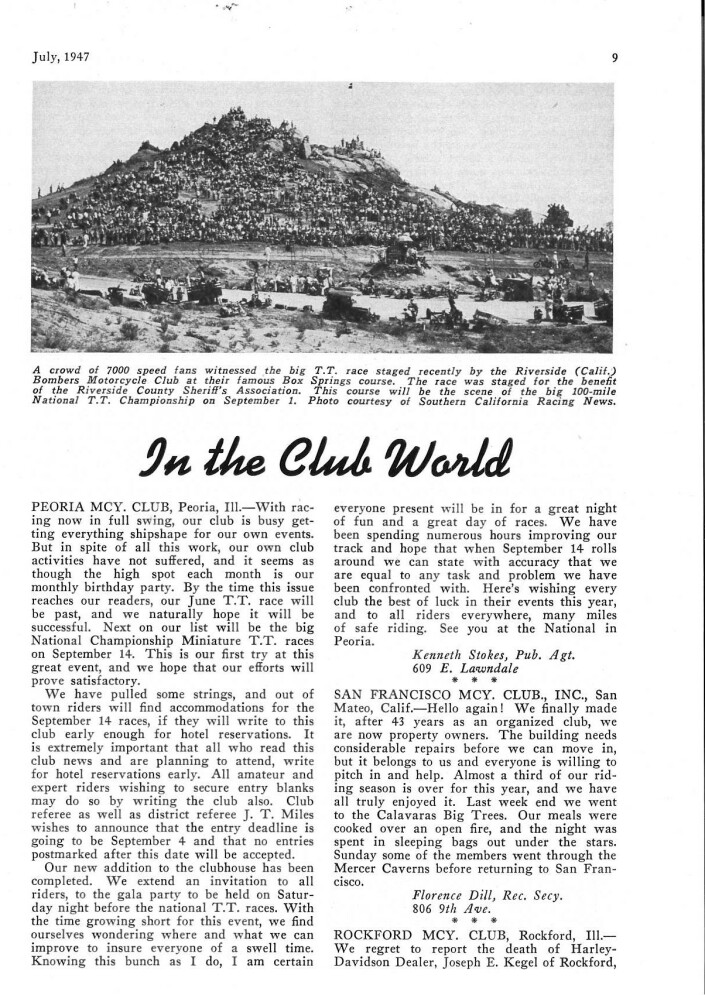 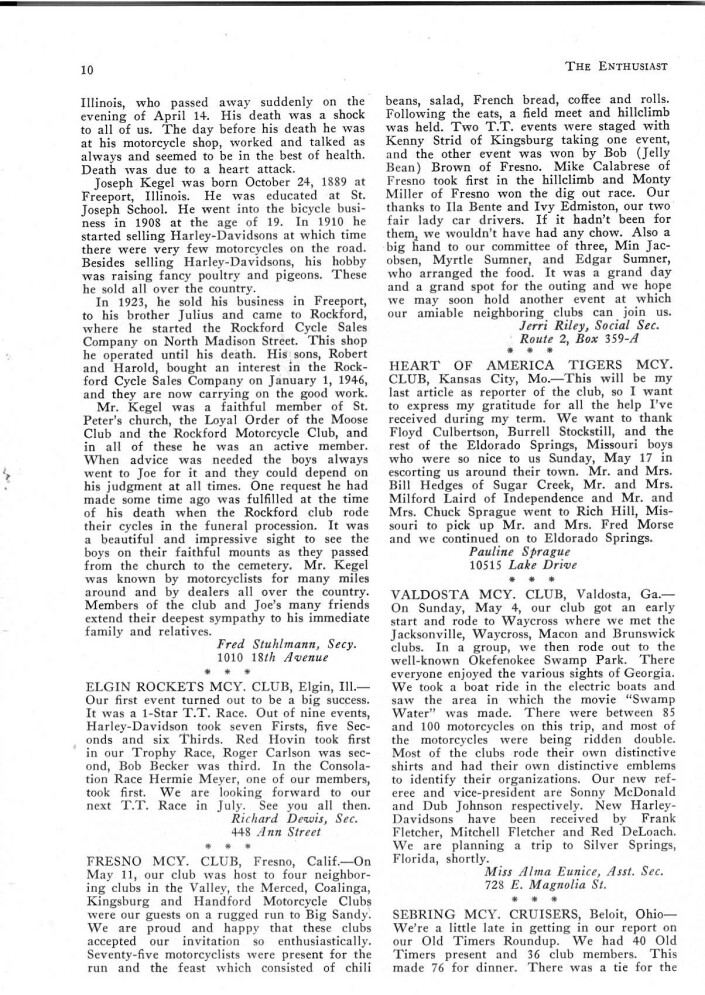 The July 1947 copy of Harley-Davidson's official magazine "The Enthusiast" wrote about the passing of Joseph Kegel, stating he started selling H-D® motorcycles in 1910. Yet the motor company insists on sticking to the 1912 date as that's when they could find the first printed ad stating we were selling them - yeah, we don't get it either.Anyways, starting on page 9...ROCKFORD MCY. CLUB, Rockford, Ill.- We regret to report the death of Harley-Davidson Dealer, Joseph E. Kegel of Rockford, Illinois, who passed away suddenly on the evening of April 14. His death was a shock to all of us. The day before his death he was at his motorcycle shop, worked and talked as always and seemed to be in the best of health. Death was due to a heart attack.Joseph Kegel was born on October 24, 1889 at Freeport, Illinois. He was educated at St. Joseph School. He went into the bicycle business in 1908 at the age of 19. In 1910 he started selling Harley-Davidsons at which time there were very few motorcycles on the road. Besides selling Harley-Davidsons, his hobby was raising fancy poultry and pigeons. These he sold all over the country.In 1923, he sold his business in Freeport, to his brother Julius and came to Rockford, where he started the Rockford Cycle Sales Company on North Madison St. This shop he operated until his death. His sons, Robert and Harold, bought an interest in the Rockford Cycles Sales Company on January 1, 1946, and they are now carrying on the good work.Mr. Kegel was a faithful member of St. Peter's church, the Loyal Order of the Moose Clube and the Rockford Motorcycle Club, and in all of these he was an active member. When advice was needed the boys always went to Joe for it and they could depend on his judgement at all times. One request he had made some time ago was fulfilled at the time of his death when the Rockford club rode their cycles in the funeral procession. It was a beautiful and impressive sight to see the boys on their faithful mounts as they passed from the church to the cemetery. Mr. Kegel was known by dealers all over the country. Members of the club and Joe's many friends extend their deepest sympathy to his immediate family and relatives.#365daysofkegelhd #kegel365 #harleydavidson #kegelhd #worldsoldest